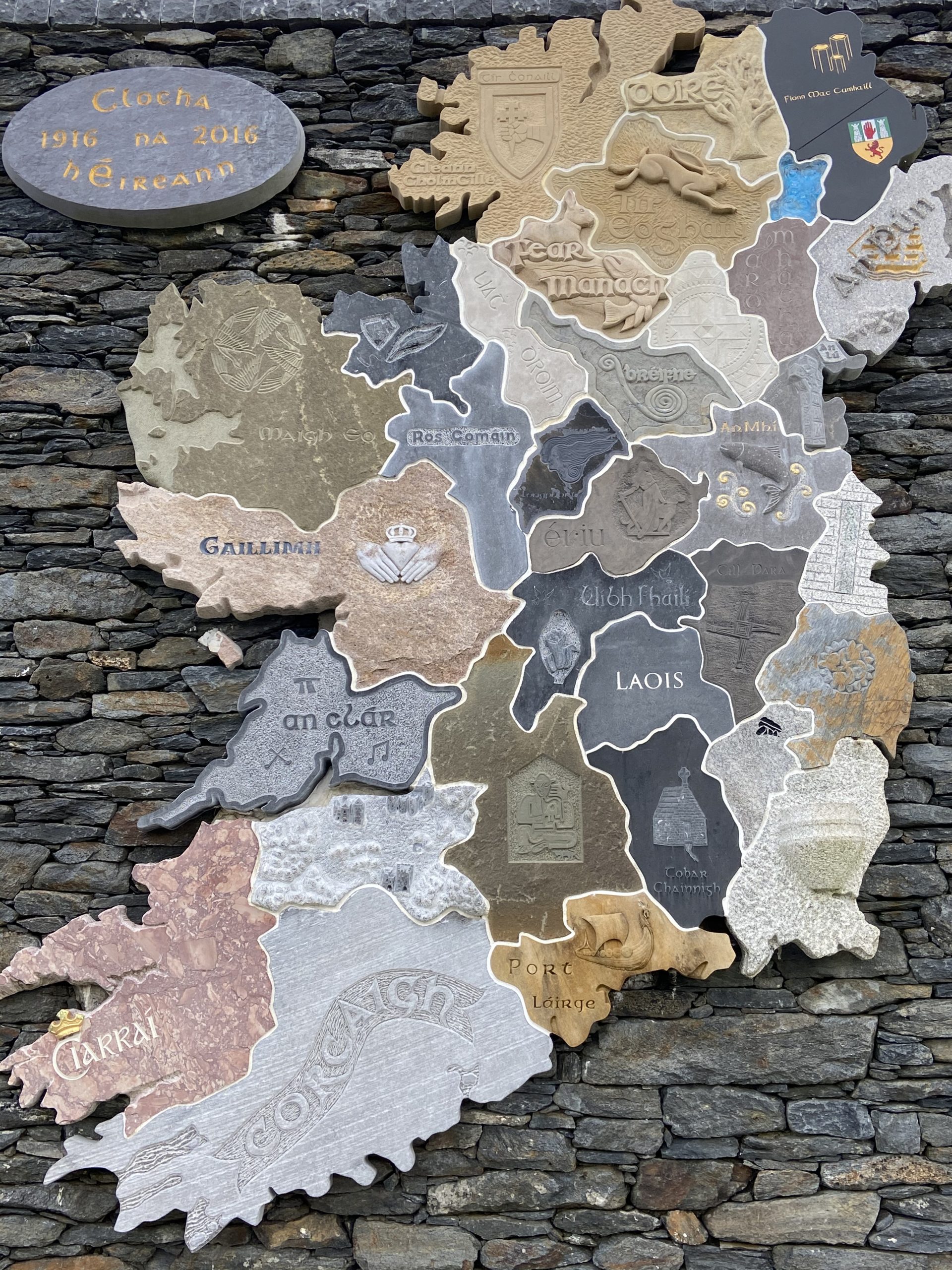 Where is Ireland’s Wild Atlantic Way, How long to drive, Best type of transport,

1.Where is the Wild Atlantic Way

The Wild Atlantic Way runs along the west coast of Ireland from Cork in the south to Donegal in the north. The route takes in the wild coastal landscape in all its rugged natural beauty. Some areas are unspoilt natural environments where the traditional culture of the Irish language, music and dance is lived daily. As you travel along the majestic coast you will also meet warm and friendly locals as well as creative people who will welcome you in a relaxed manner to their craft workshops, restaurants or pub music sessions.

The weather in Ireland is variable but with the Gulf Stream ocean, current warming the waters of the coast counties Cork and Kerry are home to sub-tropical gardens and natural phenomena like bioluminescence in the nighttime waters.

2 . Airports in Ireland on Wild Atlantic

Cork –  international airport with connections to many European cities – London Heathrow, Gatwick and Stansted, Paris, France, Zurich, Switzerland, Amsterdam, Netherlands and Spain. This airport is at the southern end of the Wild Atlantic Way.

Kerry Airport has connections to the UK and Germany and Spain.

Shannon Airport, Limerick –  has an International airport  US connections with Air Lingus plus UK and a limited number of European connections.

Donegal Airport, Carrickfinn has one of the most scenic airports in the world with planes flying in over a beach. There are 2 or 3 connections daily with Dublin Airport and all its international connections. This airport is at the northern end of the Wild Atlantic Way.

Car hire, chauffeur driven options or mini-bus with driver are available from all airports. Contact Activity Days Ireland with your holiday planning requirements. If you want to bring your own car to Ireland details of Ferries to Ireland here.

The WAW is the longest defined coastal touring route in the world stretching 2500 km from Kinsale in Cork to Inishowen in Donegal. The roads hug the coast making it an exciting drive along winding roads and lanes, suited to cars and camper vans, but with stretches unsuited to buses.

This is a route made to be explored by independent travellers.  As the roads are narrow and travel slowly with no motorways or major roads we suggest taking at least a week to cover it properly. Alternatively, you might prefer to cover one section of it in more depth on your holiday, especially if you intend to visit other parts of Ireland

A motorbike, car, smaller camper van or minibus are good ways to travel the Wild Atlantic Way. If cycling you would need to choose a particular section of the route. It is not possible to drive the route with a bus or a large camper van in any comfort. Take a look at the blog on Driving in Ireland for rules of the road.

Activity Days Ireland offers options with drive and cyle options where you drive the route and stop off for a cycle on Greenways or safe routes along the Wild Atlantic Way.

5. Can I drive the Route in one Trip?

Yes you can do the full route which would take 10 to 14 days to drive at a comfortable pace. Activity Days can plan a road trip with accommodation or activity along the route for you.

To do half the route we suggest the Cliffs of Moher in Co Clare as a natural mid-way point and we recommend a Cork to Clare or a Clare to Donegal road trip. This allows time to relax and enjoy the scenery over 5 or 6 days with visits to places of interest such as castles, water sports, walks and lovely places to stay.

6. What is a Discovery Point?

There are 188 Discovery Points along the Wild Atlantic Way route, usually at particularly scenic areas and many have useful information boards nearby. They have signs at which you can have your photograph taken. Some of the discovery points are on islands and so are more difficult to access. They indicate the best places to get a good photograph

7.  What are the Signature Points?

There are 15 Signature Discovery Points along the route, located at the most spectacular and unique spots. These include Mizen Head ( below),  on Beara at Dursey Head Irelands only Cable car and we have a full list here.

8. Are there any Islands on the Route?

There are 26 offshore Islands on the Wild Atlantic Way route with boats giving access to most of them. Some islands are only inhabited in summer such as the Blasket Islands,  while Cape Clear in West Cork has an all-year-round population of about 35. The 3 Aran islands off the Galway and Mayo coast are famous for the rugged beauty and stone walls. The Donegal Islands have artist communities, ferries and the wild seascape and living Irish culture. Details on access to the islands on our Islands Blog.

9. What are Gaeltacht Regions?

The Gaeltacht is comprised of regions where Irish is the first language of the area.  Everybody can speak English but many prefer to speak in Irish to one another, schools and businesses are run through Irish with the support of Udaras na Gaeltachta. These areas have a rich culture of music, song and dance as well as being mainly remote areas. The ones on the Wild Atlantic Way are:-

Donegal –  Donegal has the largest areas of Gaeltacht ( Irish Speaking) areas in the country with most hugging the coast. They are Gleann Choilm Cill (Glencomcille) Gaoth Dobhair (Gweedore),  Na Rosann ( the Rosses), Fánada ( Fanad Peninsula)

Cork city has an observatory and Space centre in Blackrock Castle beside the River Lee. In West Cork a Night Kayak trip allows you to experience nature at its best and see the stars twinkle above you while the water can also glisten with bioluminescence.

Kerry has a Dark Sky Park, one of only 3 worldwide. This park is on the south side of the Skellig Ring on the Iveragh Peninsula, all suited to stargazing.  It was designated Ireland’s first International Dark Sky Reserve by the International Dark-Sky Association.

You can also use the following astronomy app to identify the stars.

The Sheep’s Head Peninsula, West Cork is 1.5 hours west of Cork city and has some of the most... read more

1.What is Ireland’s Ancient East  Entrance Stone, Newgrange, Co Meath.         Set in lush landscapes this region comprises some of Ireland’s most... read more

Best Castles in Ireland to Visit.

Castles of Ireland - the top 10 to visit. WHy so many castles in Ireland from ancient, Norman, Modern... read more

Dublin is well served with a number of excellent museums which cover various facets of Ireland’s heritage over the... read more

Where is Skellig Michael in Ireland? The two Skellig Islands (Michael/Mor and Beag) are 12km (8 miles) off the coast... read more

Ireland's damp climate is a great advantage to gardeners and many Irish people are proud of their green fingers.... read more

Buying and Delivery of Garden Plants in Cork.

The Covid-19  travel restrictions have affected all of us and we at ActivityDays.ie  have got back to gardening in... read more