Best Literature places to visit in Dublin with links to  Virtual Tour's to help plan your trip. See some of the National Museum of Literature (MoLi). Chester Beatty Museum one of Europes best museum's.  Best Libraries in Dublin with Marshes Library being one of the worlds oldest. James Joyce Centre, Trinity College and bookshops. 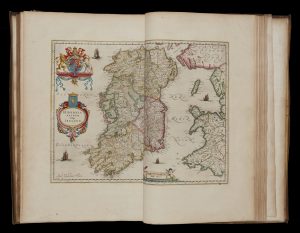 Cork in the south is the second city,

Limerick in the south-west is third,

Galway in the west is fourth,

Waterford in the south is fifth.

Belfast is the largest city,

Derry is the second city,

Coleraine is the third city.

Dublin is connected with Holyhead in Wales and Liverpool in England and Cherbourg in France,

Rosslare in Wexford is connected with Pembroke and Fishguard in Wales, with Cherbourg and Roscoff in France and with Bilbao in Spain.

Cork is connected with Roscoff in France,

Larne (NI) is connected with Cairnryan in Scotland.

English is the main spoken language,

Irish/Gaelic is the official first language – spoken in the Gaeltacht areas and by about 27% of the population. 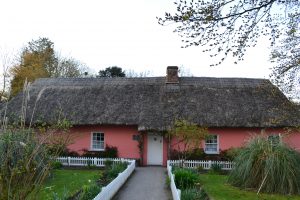 GMT – same as the UK

The Euro is Ireland’s currency and cash can be accessed from cash machines (ATMs).

Banks will accept foreign currency only if it is lodged in a bank account.

Card payment is accepted in most businesses, apart from some small businesses.

Broadband coverage varies around the country and is weakest in more remote areas.

Tourism Ireland is the agency providing information on visiting Ireland from overseas.

Failte Ireland is the agency providing tourism information within Ireland and they have developed.

Walking over the Hill

Rail – The rail network radiates outward from Dublin to the larger centres. It can be difficult to travel directly between other cities and towns.

Bus – most of the larger cities and towns are well served by buses, both public and private. An express service links Cork, Limerick, Shannon Airport, Galway, Sligo and Letterkenny. Services to smaller towns are more limited.

A number of companies, including the major international operators, provide car hire services in the major cities and towns.

Ireland to help plan your holiday to Dublin, Cork and along the Wild Atlantic Way.